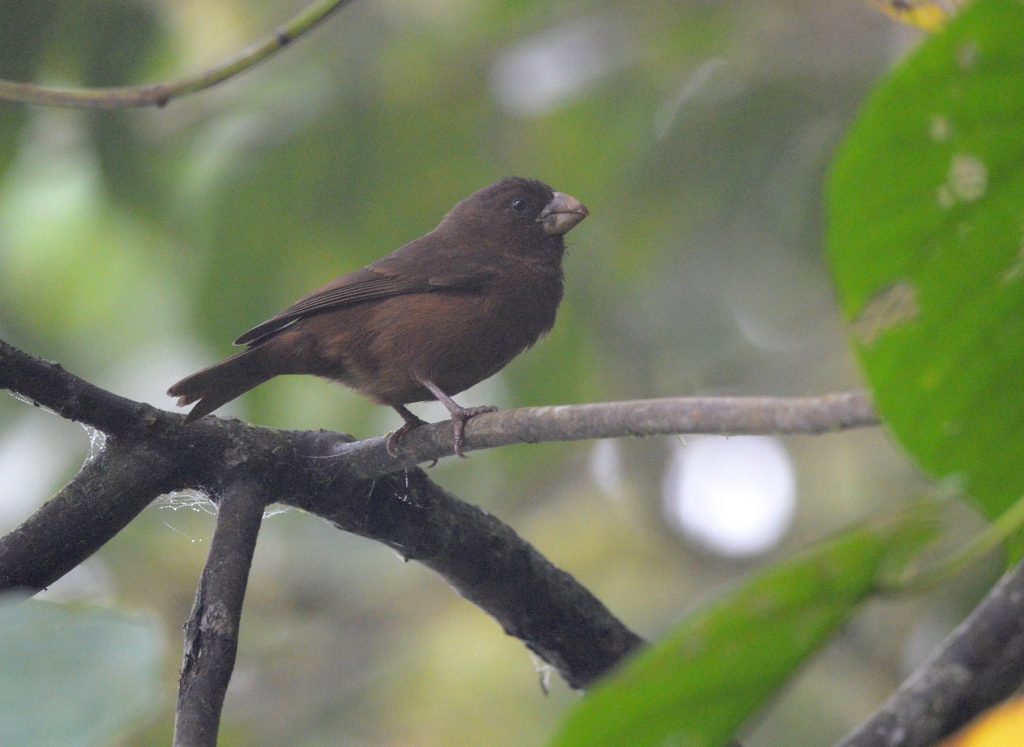 The type specimen is held at the Natural History Museum ornithology collections in Tring, whereas the two others were destroyed in a fire in 1978 at the National Museum of Natural History in Lisbon. After Newton’s initial collections, the São Tomé grosbeak was not sighted again for over 100 years, until it was found by Dave Sergeant three other birders in 1991! Even after its rediscovery, sightings remain very scarce. Until recently, the official population size estimate has been less than 50 individuals, but recent censusing efforts by Ricardo de Lima and colleagues suggest that it might not be just that bad. END_OF_DOCUMENT_TOKEN_TO_BE_REPLACED