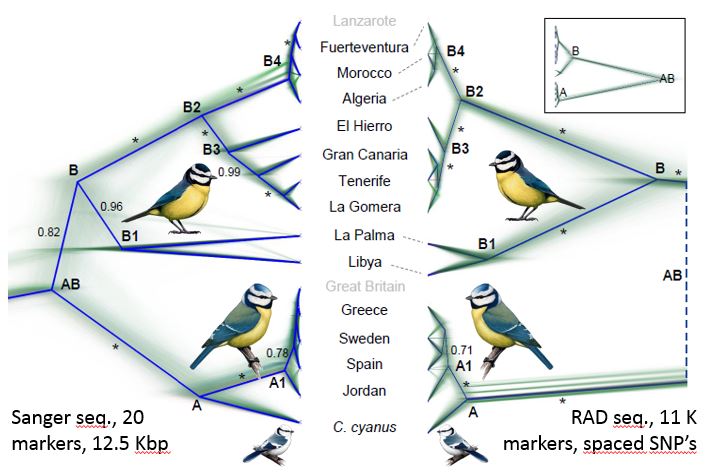 The phylogenetic relationships between the blue tit populations of the Canary Islands are truly intricate. END_OF_DOCUMENT_TOKEN_TO_BE_REPLACED