Research isn’t only about doing your own science… I try to contribute to the academic community in different ways:

Since 2017, I am an editor of Ornis Svecica, a scientific ornithological journal. In 2019 I became the managing editor and undertook a major overhaul of the publishing.

Since 2020, I am an associate editor of the journal Ibis, published by the British Ornithologists’ Union. 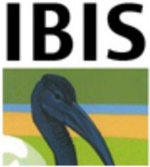 I believe that the peer review process is at the core of keeping science sane and pushing for higher quality. Review assignments are therefore something that I take seriously, and I usually spend a considerable effort if I agree to write a review. In light of that, I take pride in the below selection of testimonials that I have received from journal editors (at Publons).

An extremely thorough and thoughtful review. It was positively constructive for the authors to improve their manuscript and provided me with relevant information to make an editorial decision.

This was one of the reviews an editor dreams of. It was clear, highly elaborate and hugely constructive for both me for taking the decision but also and most importantly for the authors to improve their manuscript. This review went beyond a diligent assessment of analyses carried out but suggested a new approach and take on the dataset. I hope to see more reviews in this setting in the future.

This was a thorough review that was essential in making a decision about the manuscript!

This review was incredibly helpful, and picked up a number of very important points that I as editor had failed to recognise. The reviewer went carefully through the whole manuscript assessing the quality of the science and, most helpfully, made very specific suggestions to improve and build on the analysis, challenge some of the assumptions the authors had made in their use of particular software, and challenge the interpretation of some of the data. The paper was eventually published after some further review and was substantially improved, both in terms of the quality of the science and the conclusions from it, and in the overall standard of presentation, as a result of this reviewer’s comments. A small delay in submitting the review was very much worth waiting for!

A very helpful and thorough review – I particularly appreciated the constructive nature of the comments to the authors.

I have used Martin as a reviewer several times now and he has always provided a carefully written and on-time review. Martins reviews are concise and well-structured. He manages to clearly explain what was done well and what requires more work. He is generous with his time and often invests considerable effort in his reviews. He has a particularly excellent grasp of the methods used to analyse NGS data (e.g. RAD/GBS data) and deeply understands the assumptions that go with it. When writing the reviews, Martin manages to find a very friendly tone and constructively explains – in great detail – how the study can be improved. As such, he has provided fantastic feedback for a number of manuscripts that he has handled. I highly recommend Martin as a reviewer to everyone. I personally rate him among my top reviewers.

I have reviewed five project and grant of excellence proposals for the Icelandic Research Fund Rannís (2017–2019) and one project proposal for the Hong Kong Research Grants Council (2021).

I have been elected representative in the following boards, committees and other bodies within Lund University (Sweden):